I spent the first half of my thesis year documenting numerous phases of convergent and divergent thinking gathered from secondary resources including books, scholarly articles, and many psychology/sociology studies.

With no topic in mind, I began my research in what I love most: data and social psychology. While many avenues led nowhere, some led to more ideas and more possibilities. Here is a mind map of those first few months of thesis: 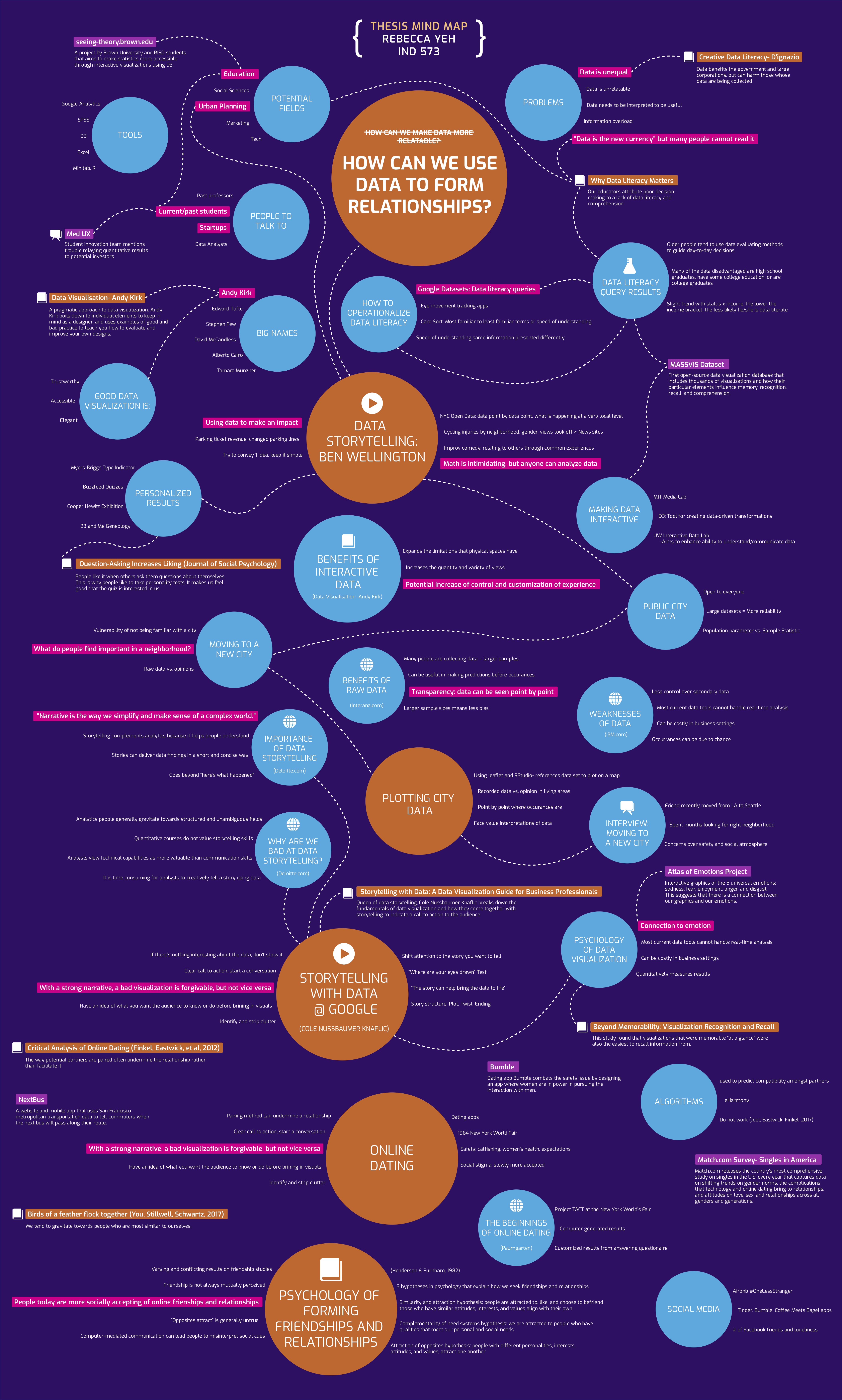 After months of research a potential avenue formed, changed, then formed again: How can data be used to form relationships?

This was still vague and the design solutions were limitless. While I had spent months diving deep in secondary research, I knew that the key to my design would be in my primary research- the insights that I would find by talking to real people to uncover nuance, unmet needs, and frustrations. Through several conversations with friends, family, and classmates, a pattern began to emerge: many conversations revolved around online dating and relationships formed through the internet. Next, I wanted to interview people specifically about internet-based relationships.

To conduct any interviews I would need to get an IRB proposal approved. Once I got approved, I was ready to interview people about their close relationships and how they formed. 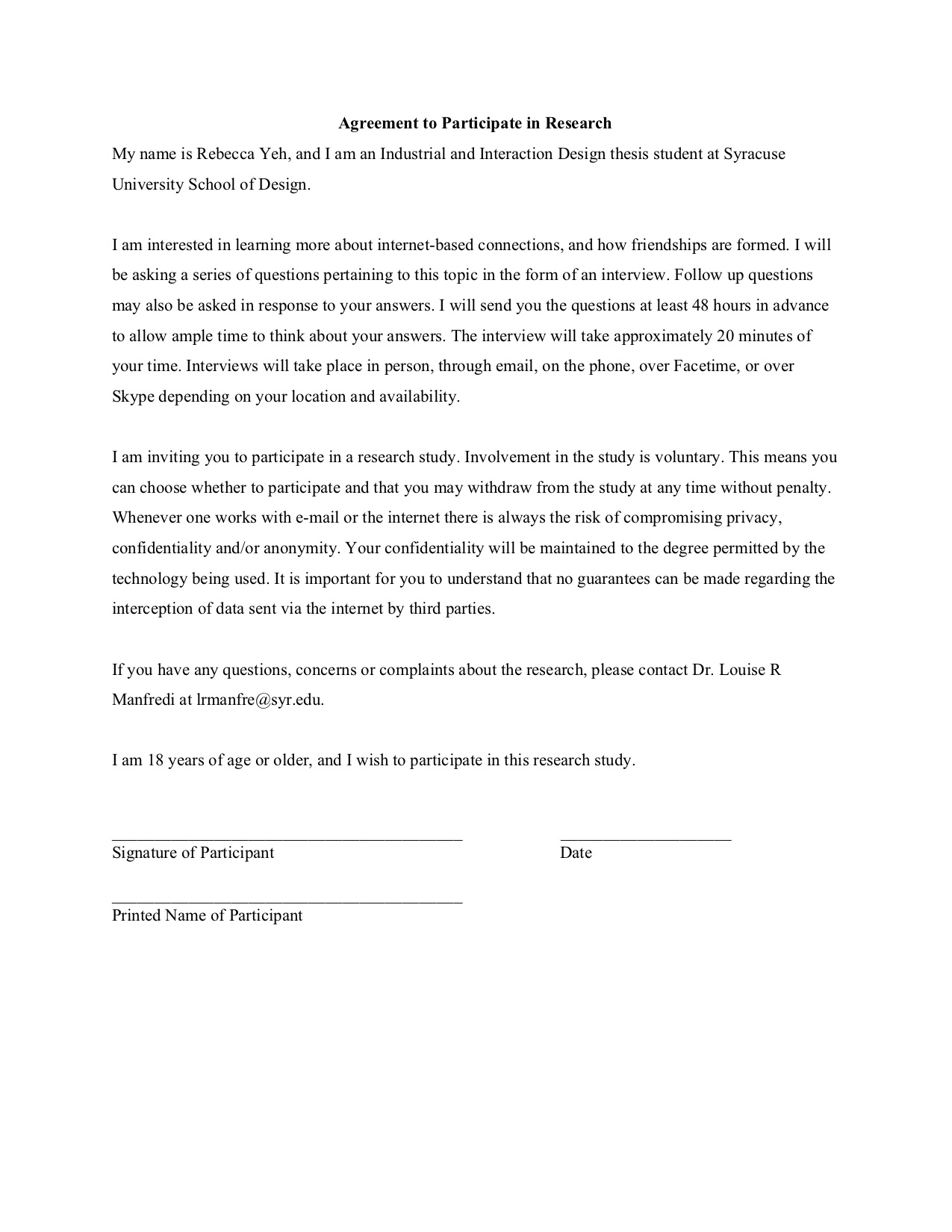 After several interviews, I cycled through several potential ideas for how design can help create relationships. Most people that I ran these through responded well to one- an app that leads you to where you have the most friend-making and relationship-finding potential.

You can see some other potential avenues and read in-depth interviews in my full thesis doc below.